Research in the Jahns-lab in the Institute for Plant Biochemistry at the Heinrich-Heine-University is focused on photo-oxidative stress in plants. We are studying in particular (1) the regulation and function of the xanthophyll cycle, (2) the regulation and mechanism of heat dissipation (= non-photochemical quenching) of excess excitation energy and (3) the dynamics and regulation of the antioxidative defense system in response to changing environmental conditions.

1. Regulation and function of the xanthophyll cycle

In this project, we are studying the regulation of the two reactions of the violaxanthin cycle. We are particularly interested in (i) the role of antenna proteins and membrane dynamics in xanthophyll conversion, (ii) the light-dependent regulation of the two enzymes (violaxanthin de-epoxidase and zeaxanthin epoxidase) and (iii) the role of zeaxanthin in energy dissipation and photoprotection

2. The regulation and mechanism of energy dissipation

The dissipation of excess light energy as heat (NPQ) is an essential photoprotective mechanism in plants to avoid or reduce photodamage under variable light conditions. Although different mechanisms are known to contribute to NPQ, the energy-dependent mechanism qE, which has been assigned to thermal deactivation of singlet excited chlorophyll (1Chl*) in the antenna of PS II, represents the dominating form of energy dissipation in plant photosynthesis under most natural conditions. According to present understanding the major part of qE is strictly dependent on the presence of the PsbS protein, and a synergistic action of the lumen pH, xanthophyll conversion and binding, and conformational changes in the antenna of PS II have been proposed to control the efficient quenching of 1Chl* states.

We are studying the regulation and mechanisms of energy dissipation by means of Chl fluorescence analyses using different Arabidopsis mutants which are affected in the PsbS protein, xanthophyll conversion, lumen acidification and antenna proteins of PSII.

3. The dynamics and regulation of the antioxidative defense system

Photo-oxidative stress is related to the light-induced formation of reactive oxygen species (ROS) in the chloroplast and represents one of the most important stress factors for land plants. Photo-oxidative stress emerges from the limitation of photosynthetic light utilization and is thus not only restricted to high light intensities, but will be generated under all conditions that limit photosynthesis. To minimize photo-oxidative damage of chloroplasts or cells, plants have developed various antioxidative defense systems, such as thermal dissipation of absorbed light energy and ROS-detoxifying compounds (e.g. ascorbate, glutathione, tocopherol) or enzymes (e.g. superoxide dismutase, ascorbate peroxidase, etc.).

The goal of this project is to understand the response of the antioxidative defense system of plants upon fluctuations in the light and temperature regime. The work is focused on the isolation and characterisation of Arabidopsis mutants with altered sensitivity to photo-oxidative stress. 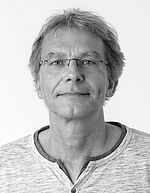